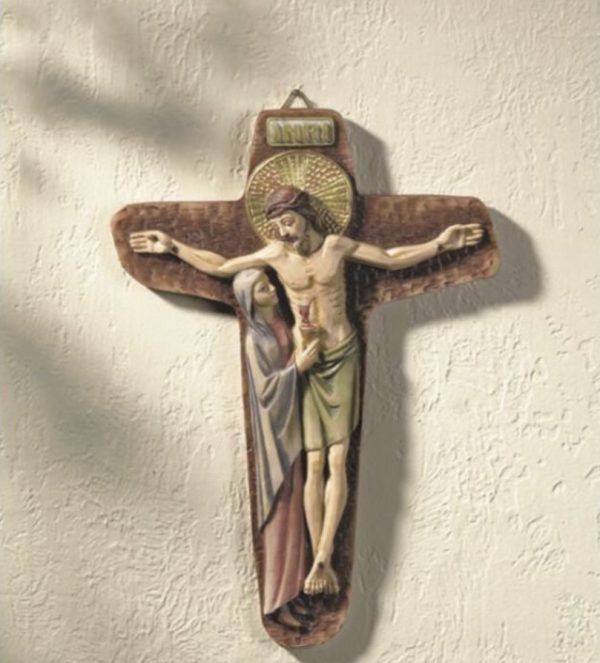 The Unity Cross has become one of the most characteristic symbols of the Schoenstatt Movement.

The Unity Cross has become one of the most characteristic symbols of the Schoenstatt Movement. Three symbols can be seen on it: the image of Christ, the image of Mary and the Father Symbol. The Unity Cross expresses the bi-unity that Schoenstatt wants to proclaim: Christ is inseparable from Mary and Mary is inseparable from Christ. The Father Symbol at the cusp of the cross illuminates everything: Christ and Mary rest in the Father, in the cross that the Father has determined in his plan of love, as the way of redemption. Moreover, Christ and Mary have a unique posture: they are alive and they are mutually looking at one another in a profound dialogue of Mother and Son. The blood that Mary gathers with his chalice emanates from Christ’s side. The fact that they are alive is not only symbolic; rather, it further makes a truth of faith evident: On the cross, Christ and Mary, as well as in reality, are presently alive in a glorious body. 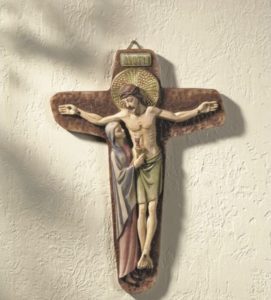 The Unity Cross is the image itself of the ‘Christ of attachments’, whose most profound desire is that “all may be one,” as He and the Father are one. It shows Christ, the Son, deeply and intimately attached to Mary his Mother, permanent Helpmate and Companion in his mission to redeem mankind. It is the Christ of Unity, in the strength of his sacrifice and giving of self, extending his arms widely, uniting heaven with earth and earth with heaven.